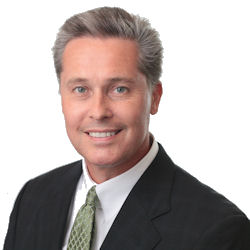 Bob Nowak is a 26 year City of Houston employee, currently the City Webmaster of www.houstontx.gov. Bob was hired in June 1994 by Mayor Bob Lanier’s co-Chief of Staff and Director of Public Works and Engineering. He wrote speeches and handled citizen correspondence in the pre-internet and pre-311 days. In 1996, Bob co-wrote the essay that won national recognition for Mayor Lanier’s Neighborhoods to Standard program, published in American City & County Magazine. In October 1998, Bob became Houston’s second City Webmaster. To date, Bob has administered the websites for four mayoral administrations, four City Controllers, and seventy Council Members and was recognized by proclamation of the City of Houston on October 30, 2018.

In 2020, Bob completed 2,388 service requests for 1,480 unique webpages as City Webmaster. And in early 2018, Bob was one of the team leads for the City of Houston’s website re-brand which saved taxpayers an estimated $200,000, using zero-based budgeting.

In an often changing professional environment, Bob is a constant. He’s had only two jobs with the City of Houston, but he’s reported to 28 different supervisors.

Previous to his employment with the City, Bob was Manager of the Visitor Information Center of the Greater Houston Convention and Visitors Bureau. He also spent a year teaching at Lycee de l’Europe High School in Dunkerque, France, during the 1990-91 academic year.

Bob was born and grew up in Chicago until graduating from high school in 1982. He moved to Houston and graduated from the University of Houston, with membership in the University Honors Program, with a Bachelors Degree in Radio-Television in 1987, followed by a second Bachelors in 1989, in French. While working for his college television station and newspaper, Bob published interviews with Blues musicians B.B. King, Albert King, Albert Collins, and Willie Dixon. He later interviewed Johnny Copeland and Buckwheat Zydeco. Bob also has interviewed boxing champion Larry Holmes and professional wrestler (and former University of Houston student) Kerry Von Erich. He also studied at the University of Southern California during the Fall 1983 semester.

After graduating from UH, Bob has lived in the neighborhoods of Braeswood, Montrose, Rice Military, and the Heights for 32 years. Bob lives in a restored 1929 bungalow in the Heights, with his dog Polo and his rose garden.